Their descendants were of the original East Friesian milking genetics brought into Dunedin, New Zealand by Dr Jock Allison in 1992. These East Friesian frozen semen straws were put into big framed Coopworth and Border Leicester, which proved hardy enough for New Zealand conditions.

Careful breeding with East Friesian rams and meticulous culling over the years have resulted in a very highly adapted milking ewe for New Zealand and international conditions. They come in both pure white and black with a white blaze, feet and tail, originally known as Zwartbles which come from the same areas of Germany and the Netherlands. We have re-named these as the “Woolblacks”.

The DairyMeade breed are hardy, highly fertile, big framed and have been bred with a suitable temperament for milking. They do not require housing. 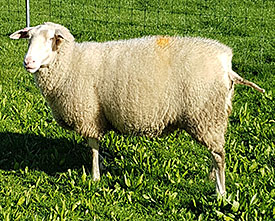 An attractive alert dairy sheep with a placid demeanour. 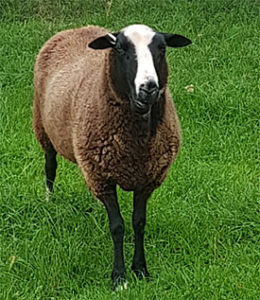 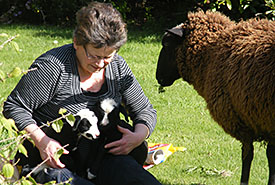 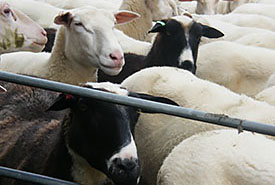 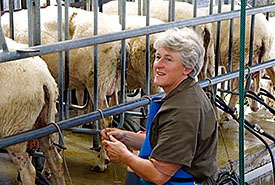